Move away from Brasov’s famed medieval heritage more into its communist heart!

Dive deep into the communist past of Brasov and adventure yourself in districts that are rarely seen by tourists. Our expert local guide will not only lead you to some exquisite sites but let you feel the euphoria of experiencing the look and feel of the old days. So, forget about history books and learn first-hand about how Brasov was tossed and turned by the communist regime. And how a praised example of communist achievements ironically signaled the end of a five-decade-long experiment through an incredible uprising two years prior to the 1989 revolution. To get a clearer picture of that, we will stroll through some key neighborhoods, explore the side streets, local markets, hidden passageways and intriguing corners which still keep and depict the life in those times. This journey will so whet your appetite for further similar adventures!

Meeting Place: Meeting place: In front of the Primaria Building (City Hall) , next to the statue of the she-wolf.

Your half day exploring Communist & Bohemian Brasov will start in front of the City Hall in Revolution Square (known by locals as Primaria), near the popular Roman she-wolf statue, with a street snack to get your morning off to a delicious start! We will dive right into the story of the first anti-communist uprising in Romania, of 1987,  two years before the violent 1989 Revolution. The local headquarters of the Romanian Communist Party was actually located really close to the starting point, so you will also see bullet holes left in nearby buildings and the memorial and graves of those killed at the time remain as proof of the gun  fights during the revolution. You will see them all.

Moving away from the old town of Brasov we will discover some less visited neighborhoods still keeping the character of the communist times. We’ll use public transport to make the transition to what was going to become the communist civic centre – an example of how the communist regime used to implement and develop new projects, perfect opportunities to demolish entire neighborhoods showing no consideration to communities’ traditional way of life. Ironically the destruction was incomplete in this case as the revolution happened while works were ongoing. We will show you the details which will allow you to make better sense of what you will see.

Next we will walk through a colorful passageway showcasing how small commercial activities looked like for years following the end of the centralized communist economy during the transition to the free market economy. The following neighborhood we will visit will offer examples of true socialist architecture and town planning. We will move from the large boulevards also behind the orderly arranged panel buildings to discover even older 1950’s Stallin era architecture and also to visit a traditional and highly active daily farmers’ markets: a perfect opportunity to engage will local farmers and experience a very important component of Romanian life – shopping for fresh local products when when food was scarce and the essentials rationalized.

While here we have to taste the most famous and typical of Romanian foods – at least for Romanians – called mici, which translates as ‘little’. A kind of skinless sausage, served with mustard and cold beer. Every Romanian has their opinion about where and how the best ones are made. But certainly when in Brasov the place we’ll take you has been known for more than 50 years as one of the temples of mici and you will get to try them for yourself!

Half way through our tour next up is yet another high point as your guide will take you on one of the most important former industrial platforms (a huge tractor factory) and a true symbol of the city’s past. Your guide, who will certainly be your friend by now, will  explain its significance while you walk through its grounds visiting what has been saved and witnessing its current transformation from a communist relic into the largest integrated urban regeneration project in the country a real opportunity to work out where we started and where we’re heading.  We will approach the former factory walking through the Brasov train station which is yet another positive example of 1960’s communist architecture inside and out.

Our penultimate stop will reveal a gem hidden within the nearby residential district which was built to house the 35,000 workers on the industrial platforms and their families. Deep within this colorful district you will find an area built in the 1930s, therefore  preceding the communist times, a chance to add yet another layer to an almost complete view of what Brasov is about.  Here you will discover simple people often almost as old as the buildings themselves, happy if prompted, to talk with interest about those past times.

We are slowly approaching the end of our tour, but not before embarking on another local bus which will take you back to the old town: medieval architecture, pretty and quaint world of coffee shops, good restaurants and colorful bars closing a circle which offered you the opportunity to travel through 70 years of city’s history in less than 4 hours.

Before you go, don’t forget to ask your friend/local guide for more tips on what else to see, do and eat in beguiling Brasov! 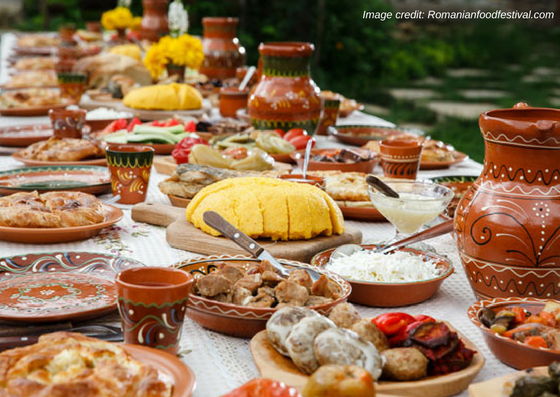 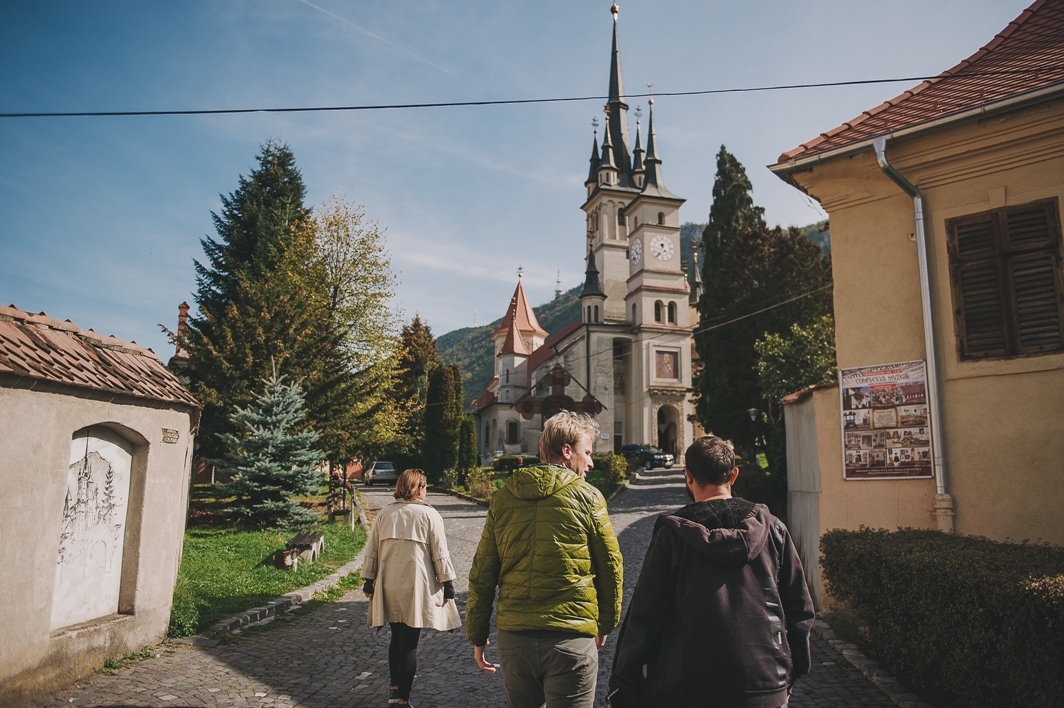