The following article was syndicated from Citinerary for Interesting Times Bureau. Published by Alexa.

During the past two years, Bucharest has been catching up with the trend of indie coffee shops, discovering coffee culture as part of the urban landscape. We gathered our favorite examples and asked some of their most devoted customers to share their thoughts.

It would seem that Romanians are not coffee’s biggest fans – the country ranks among the last positions in the EU from a coffee consumption perspective. Furthermore, a lot of it is consumed at home; so when it comes to drinking out, there is still a lack of knowledge and available options.

However, there are a few places that have been shaping citizens’ attitudes towards coffee and that are largely defining the coffee culture in Bucharest. They are educating, continuously explaining their methods and hopefully generating the demand that will lead to more similar places.

The role of indie coffee shops in Bucharest’s ambiance has been greater that one might think at first glance. Besides the immense role in educating Bucharesters in regards to the coffee they drink, they quickly became community-enablers, disseminating a new kind of networking among city locals.

These kinds of cafes are still so few that we can count them on our fingers, but they manage to increasingly gather a big part of Bucharest’s creative communities. And so, they became more than a place to spend time over a coffee at – they are now a place for meeting likeminded people and interacting with them in a very loose manner, something rather rare for Bucharest.

A hub for coffee lovers — a place that not only offers different taste experiences on a regular basis, but also broad coffee knowledge. Origin coffee during daytime, concept cocktails during night time, all served on “community tables” — design that’s focused on socialising.

“As a photographer, I’m always observing the surroundings for moments to capture. That turns me into a witness of something really exciting when I’m at Origo. The place turns into the perfect incubator for love, creativity, innovation and relationships. Everything with the delicious common denominator called coffee. And Origo sure excels at coffee.” – Bogdan

“The positive vibe: I realized about 10 seconds after walking into this place that it was just one of those quirky places with great people that can instantly make your day that much better. Of course, the amazing coffee helps 🙂 Seriously…the coffee from the coffee house you never knew you couldn’t live without.” – Eugenia

“M60 is an odd place for Bucharest. It’s not a cafe — it’s more like someone’s living room where you enter and feel like home in an instant. I go there for the sublime coffee or for a snack, and I even got invited to play some music cause visit it so often. Making a space so big look so cozy is a mixture of elements that is rare to find, but these guys got it right and made it happen. M60 is now lovemark for me!” – Alex

Everything nordic – design, menu, coffee. Combining original, healthy food recipes, cold-pressed juices and a selection of the hipest international magazines, Frudisiac is one of the loveliest places one can spend a weekend brunch at.

“I’m a big fan of homemade juices and healthy food, so discovering Frudisiac not only fuelled my passion, but also put me in touch with people that share the same interest. I literally enter another universe each time I go there: a delicate, warm barn that’s minimalistic from A to Z.” – Ana

While the settings themselves don’t clearly indicate that you’re in Bucharest — one might as well be in London, Berlin or Stockholm — the customers and the way they mingle give the local feeling that one can only get in a few places around town.

A special thanks to all photographers contributing to this article. The courtesy of all imagery to: 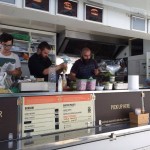 Accommodating the Tastes of Many – Food Trends in Bucharest 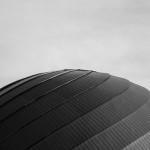