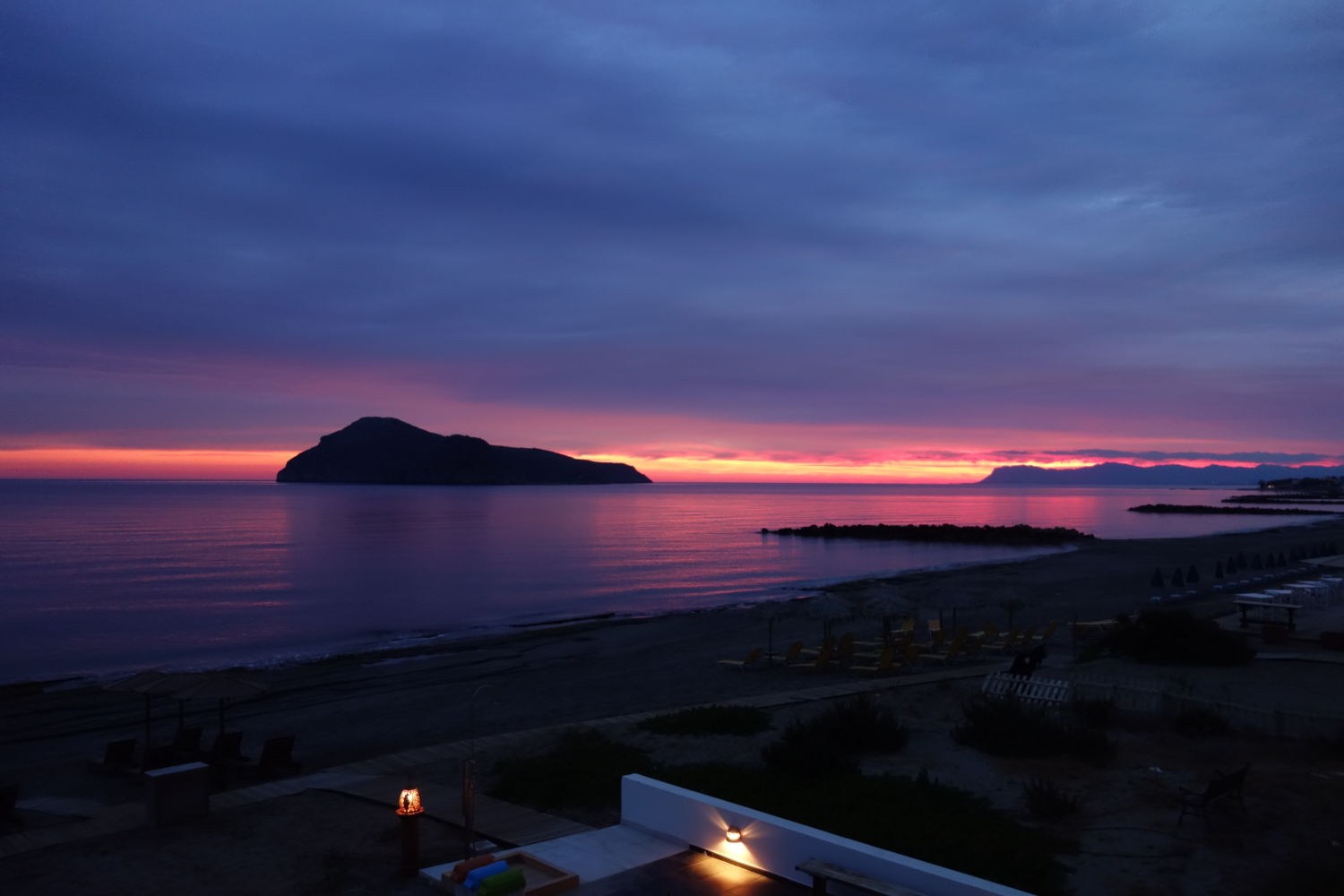 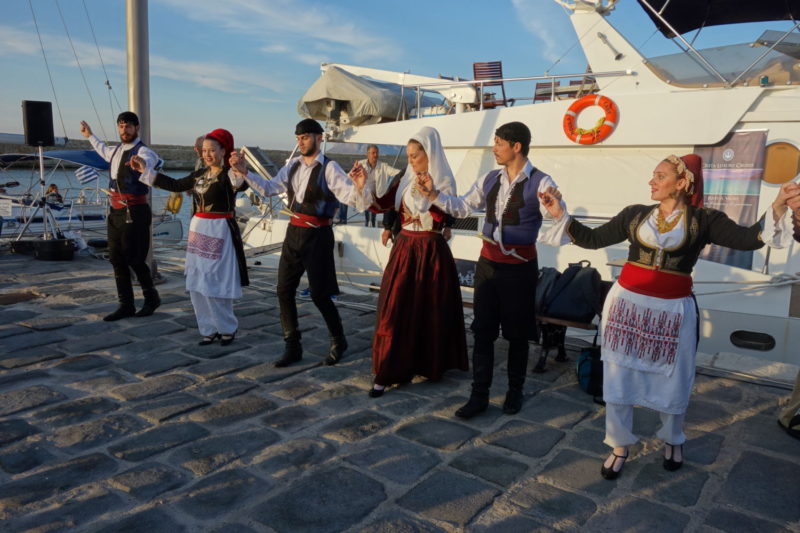 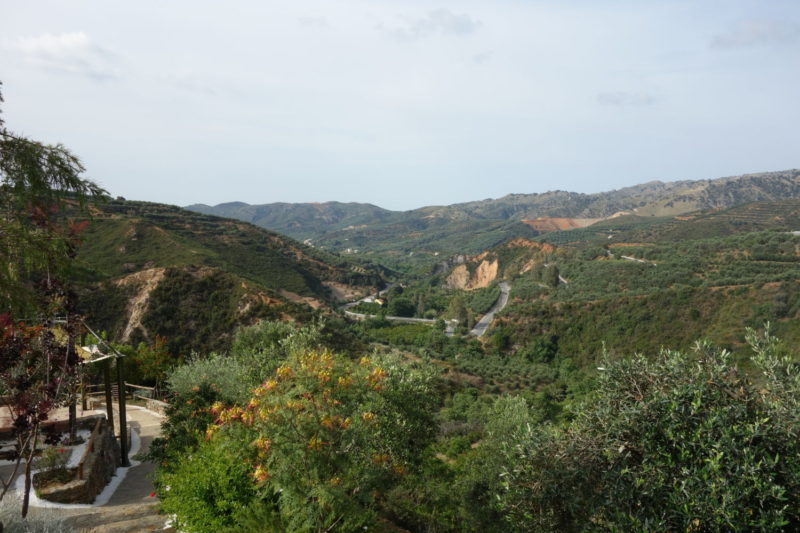 View from the top of the Botanical Garden, Crete. 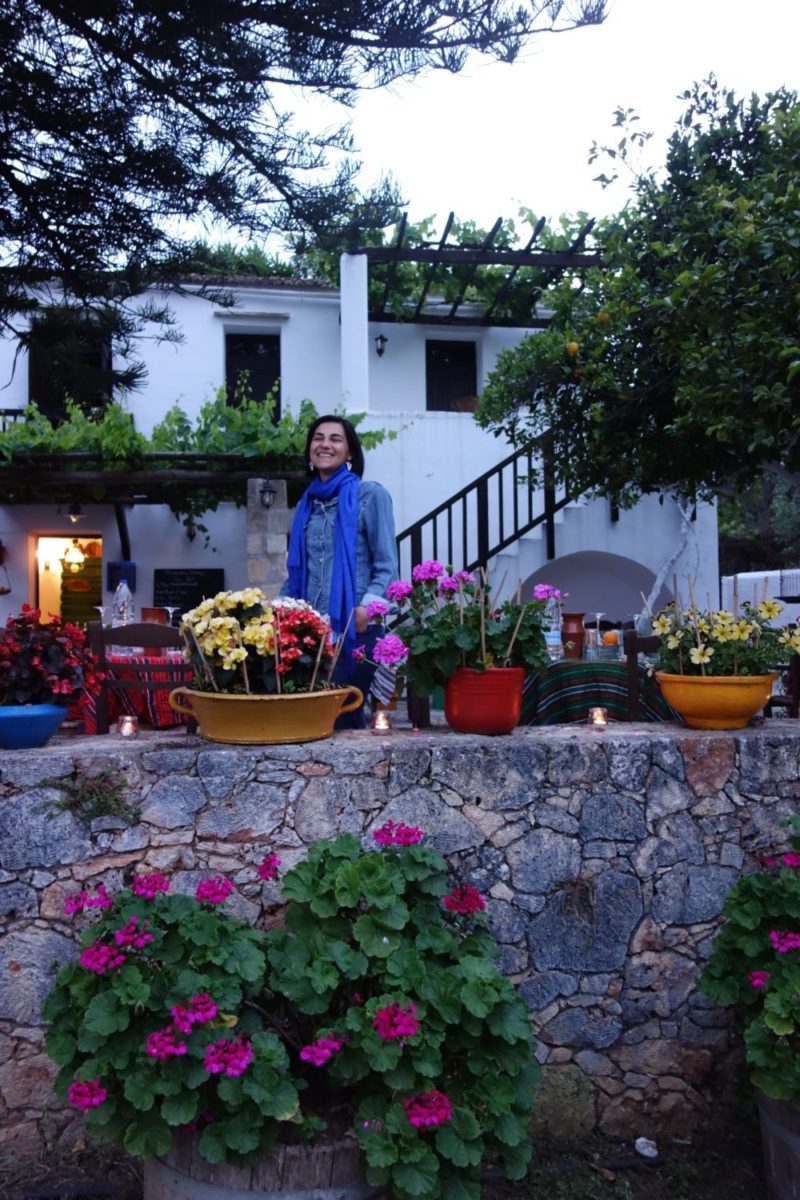 The garden at the Manousakis Winery, Crete. 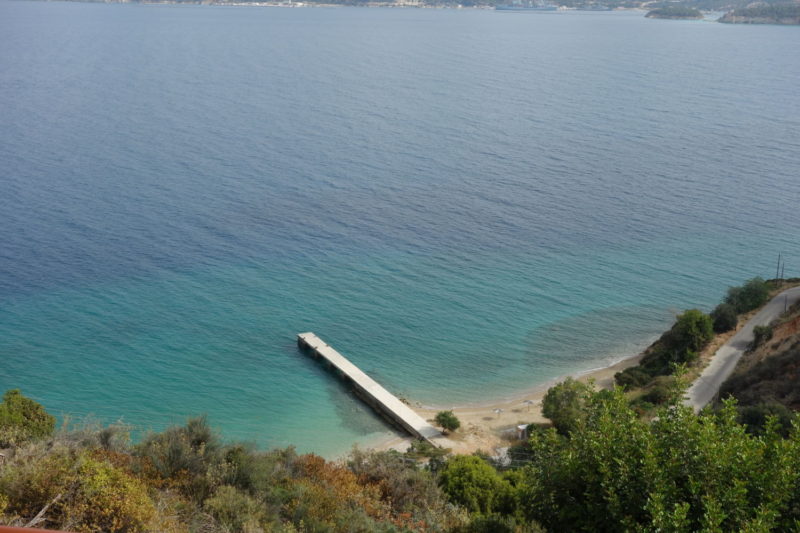 On the road from Chania to Rethymno, Crete. 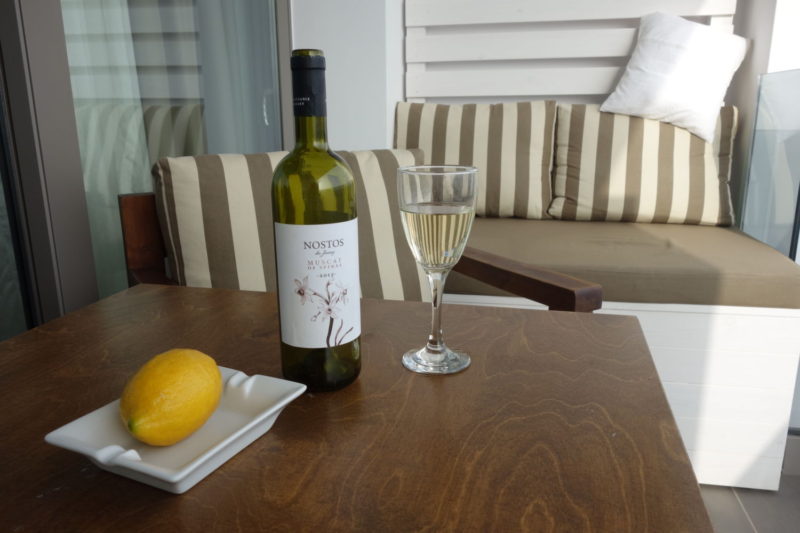 Nostos Muscat of Spinas- among the best wines of the island.

For the first part of the road trip we were based in Chania, the second largest city of the Island.

Right off the plane we were taken by our hosts in the Old Port, almost in time to enjoy a traditional Cretan music and dance show on the pier. After the show the real party started: raki ( the local spirit) flowed in copious quantities. And just so we don’t get too drunk, the generous people of Chania treated us with some yummy traditional pastries and snacks.

Day 2: The day started with a visit to the Botanical Garden, a very special place build a few years ago on the site of a former olive tree plantation. The olive  trees were between 500 and 700 years old and almost 1600 of them burned in a single day from a great fire. The locals decided that they would honor the trees by building the most beautiful botanical park in their place. A 60 hectares park on enough slopes and terraces that it has as many as 6 micro-climates: from tropical to continental climates, all available in a short 50 minutes walk. Lunch was to be had in the spectacular restaurant that was on top of the mountain, on the entrance of the garden: apart from the traditional Cretan delicacies such as dakos and Greek salad (with mizithra cheese ), we were treated with a spectacular chicken with orange flowers sauce, from orange trees that grow in the garden .

Crete has also some of the highest mountains in Greece (2400+ meters). After lunch we were treated to the breathtaking views of the White Mountains and the Omalos Plateau. Wild goats, snow peaked mountains and villages that have never been conquered by any of the many invaders of the island: from the Venetians in the Middle Ages to the Nazi Germans in WWII.

The day finished in style with a visit to the Manousakis Winery for a glorious tasting of organic local wines in a refurbished country house that might as well have been part of a movie set. Set in the middle of an orange orchard, and boasting a 1500 year old (!) olive tree, the local winery organizes tastings in order to showcase their products but also to promote the local slow-food approach to life.

Platanias beach, a traditional tavern on the side of the road, Dakos – the Cretan Bruschetta, Botanical Garden – Crete, Poli House – traditional taverna in Municipality of Rethimno, Omalos Plateau – White Mountains. 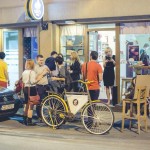 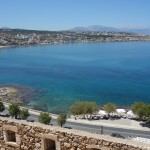