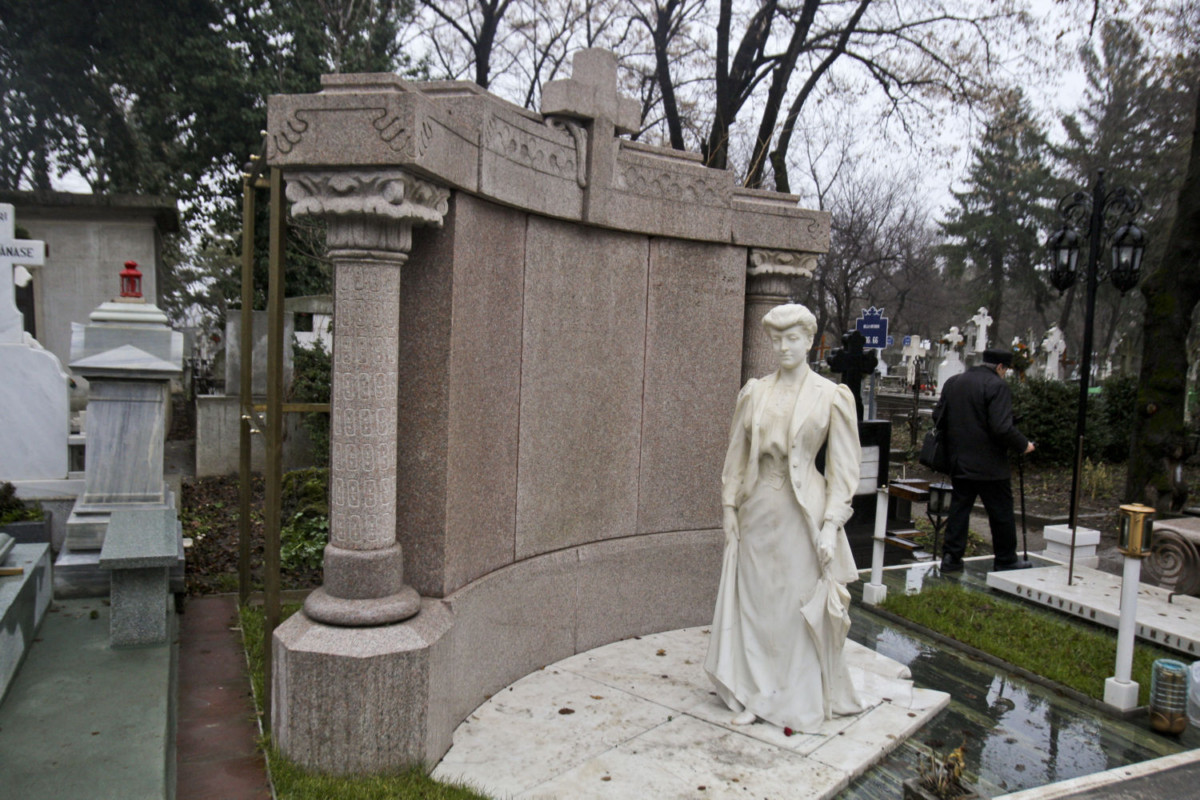 The mystery Lady with the umbrella from Bellu Cemetery 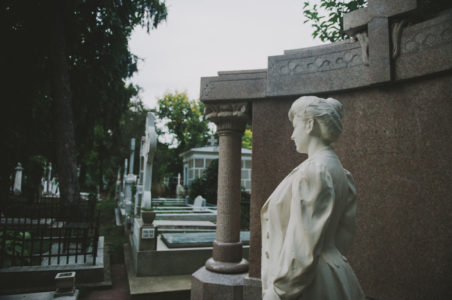 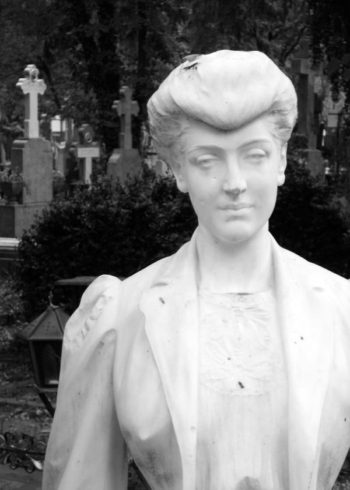 Strolling the grounds of Bellu Cemetery turns to be not only a stunning walk through history but also a mystic emerge within the artistic solemnity of the funeral monuments revealing controversies, plots, life stories and dramas. Important political figures, noblemen and women, artists, poets, architects, doctors, the so called ‘crème de la crème’ of Bucharest high society for nearly two centuries, rests here silently.

Among them, at one edge of the cemetery, protected from crowds, lays gracefully a delicate figure, distinguished by her exquisite elegance. Beautiful, young and with a noble appearance, The Lady in White seems to have been lost in another era. The statue looks like natural size, reproduced in the finest details by the Florentine sculptor Raffaelo Romanelli. The quirky smile on her face, the creases of the dress or the curving of the eyebrows and the elegance with which she is carrying her umbrella give the impression that she is alive, ready to join you down the alley any moment. That would be creepy!

This mysterious Lady In White or ‘The Lady with Umbrella’ as some may call her, is the representation of a Belgian foreign languages teacher, Katalina Boschott. she worked as a governess for a wealthy family, fell in love with her master and secretly became his mistress. In 1906, the two lovers went to Baile Herculane where Katalinasuffered from severe peritonitis. See more details here. The doctors could not save her. Her very last words, also engraved on her tombstone with golden letters were: ‘Cet animal de medecin m’a tuee!’ (This animal of a doctor killed me!).

These words leave room for many speculations and scenarios that have been rumored for more than a century now. There are few hypothesis that sustain that her lover wanted to avoid a scandal and he secretly complotted with the doctor to let her die. Another scenario is that her lover was actually a doctor and he, himself refused to save her. There are also rumors about the fact that Katalina’s statue is overlooking towards the man who, supposedly, killed her. Following the direction of her gaze, one finds the grave of Mina Minovici, the founder of Romanian forensic medicine, therefore a doctor who happened to be contemporary with the Lady in White. But there are no sustainable proofs whatsoever.

What really happened, only Katalina knows and by the look of her face it doesn’t matter anymore as she gracefully found her peace. However, for the passersby like us, Katalina Boschott, will be remembered as ‘The Lady with the Umbrella’, a mystic character trapped in her own love story, surrounded by romance, mysteries and endless suppositions. 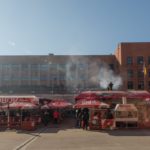 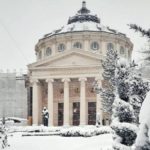 Romania takes over the Presidency of the European Union Council officially at the Romanian Athenaeum.