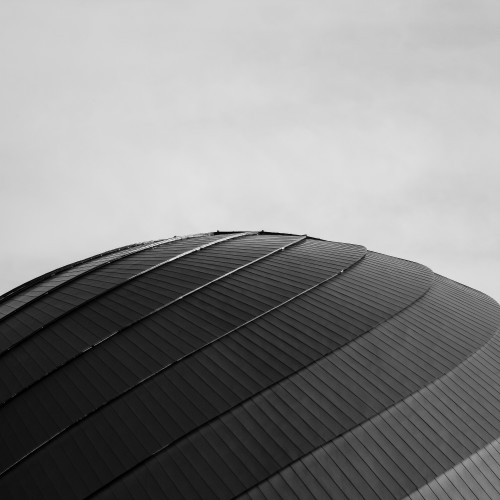 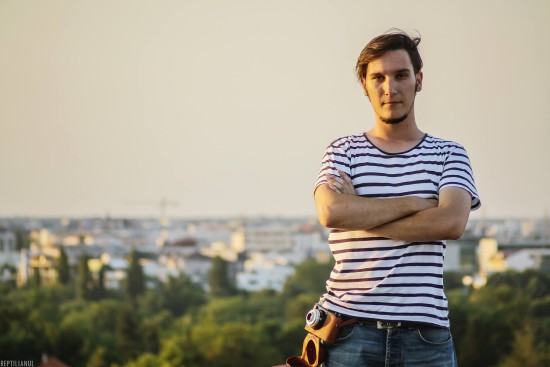 The following interview was syndicated by Banda Foto for one of our guides personal photography project. Glad we could have sponsored one of his exhibitions in Cluj.

How can you transform the buildings of Eastern Europe, all built to be the same, into unique photographs, ready to be showcased in an art gallery? We interviewed KZMR, full name Robert Casmirovici, to find out more about this project of his.

In the interest of full transparency, I want to mention that I’ve know Robert for a couple of years, since high school, even though we didn’t interact that much.

Robert went to an art highschool.

Rares (Banda Foto): Your series first caught my eye because of the symmetry you accomplished in these photographs of buildings. How did you get the idea to do something like this? KZMR: When I made this series I was at the beginning of the project, when I didn’t even know what I wanted from photography. I liked the minimalist style a lot, black and white. It was a pleasant style and a pretty easy one. It turned out to not be quite so, but I wasn’t that advanced in my photo technique, from framing to contrast. [laughs] It horrifies me, for example, some of the photographs from this series. A lot of times, if I didn’t have the building already symmetric, I would improvise. In order to accomplish this style, I went on the road of digital manipulation. I thought it was something very useful at the beginning.

BF: Tell me more about why you’re fascinated with socialist buildings.
KZMR: Somebody told me that, through my project, I have created a utopia and a dystopia at the same time. I try to capture the essence of those buildings. I’m not trying to build an archive, by shooting them from 10 meters away. If you want to see the building, you can check the title [the address of the buildings is included in the title of the photographs]. If you want, you can go and see it. I have a lot of this type of photographs. For example, the Cluj Arena dome, or the roof of the Unirea store, the H&M side, they have become something futuristic. I’m not the best critic for my own work, but it’s an attraction to a perfect future, but an imperfect one because it comes from these buildings.

BF: Does the history of these buildings or their current functionality influence your work? KZMR: I’m not interested in neither one of those things. Why would I be interested in Bershka or H&M? I get my camera, point it to that place, and then I see what I can do, the opportunities that I have. You could say that what I do are snapshots. It’s influenced a lot by how I’m feeling that frame. For me, buildings are opportunities.

BF: Do you have any places where you’d like to go, where you think you’d find more of these opportunities?
KZMR: I have a lot of places, I even made a map. At this point, I’ve been in 8 cities or villages in Romania, but I have about 50 other places I’d like to go to. I still have a lot to see in Bucharest and Cluj. I’ve noticed that Targu-Mures is a library of opportunities. Outside of the country, I’d like to go in areas that are close to Romania, architectural wise. Belarus, Serbia… First and foremost, actually, I’d go to Tel Aviv. I think that’s the dream of everyone passionate about architecture, because that’s where you find bauhaus architecture.

BF: Do you see an ending to this project?
KZMR: Not necessarily an ending. There are so many places to see. At the moment, I have more projects and I’m doing them chronologically. When I’ll see that I have reached the limit with this project, either because I’ve hit saturation, or my camera brakes down, or I’ll move to another place, I’d like to make sure that I can expose my work in art galleries. I want my next project to be similar, but on film, so I can accomplish that honesty that I was talking about earlier.

BF: You shoot on film as well?
KZMR: Yes, more and more. I try my best to take photographs on film too, right now. I have several cameras, from a Zorki 4 to a Smena 8M, Smena 6, even an Olympus point-and-shoot, made out of plastic. I’ve shot a lot on color films, but now I started using black and white as well.

BF: Do you think there’s any difference in the ways you approach a subject, depending on what camera you’re using?
KZMR: I don’t think the camera matters. That’s why I don’t want to make any more upgrades. Doesn’t matter in the least what you use.

BF: What do you think is the difference between the two environments, digital and analog on one side, and on the other side, between color film and black and white?
KZMR: At the moment, I make a delimitation between film and digital. I’m only using digital for this project, and on film I’m usually shooting street-photography. Speaking of the last shots I took and liked on film, I’m playing a lot with contrasts. Although on digital I can play with contrast, even in post-processing, on film I have to get it right on the first try. Choosing a certain film, leaving the camera and light to do their jobs, the final product is a lot more sincere, more natural. I was talking, earlier on, about honesty in photography. If by this point I have evolved enough to not need to edit my photographs, what I shoot on film seems that much more sincere. [laughs] Plus, it sounds good, saying you’re shooting on film.

BF: What do you think are the best weather conditions you can encounter? In your series, I always see the sky as a background, but never clouds.
KZMR:  For me, any conditions are good, except for night time. I never tried to take photographs of buildings during nights. Usually, my favorite moments are at noon and dusk.

BF: Do you have any memorable story to tell us, at the end?
KZMR:  Most of the times, I was in danger of being run over by cars, because I was walking with my eyes in the camera.

You can see more of the project on his Facebook page, or on Robert’s Behance.

The interview was taken by Simina. 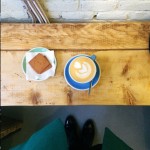 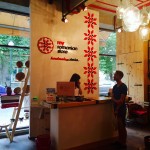