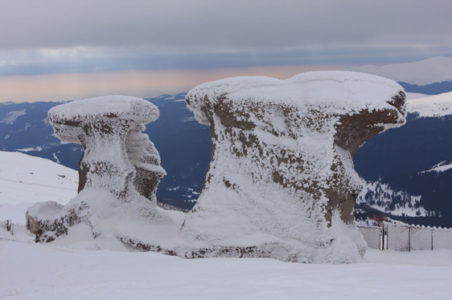 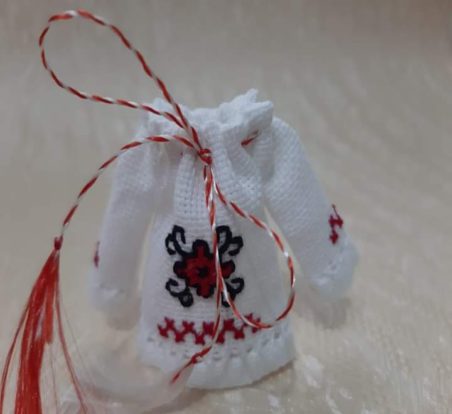 1st of March is a symbolic date marking the very first day of spring in Romania. After the long cold winter, it is with great joy and pleasure that people embrace a lot of spring traditions and stories, some of them dating back to ancient times. We’ll share here few of our favorite spring tales  and let you decide which one you like most.

The legend of Baba Dochia and Babele (The Old Ladies) sisterhood.

Baba Dochia is a legendary figure of Romanian folklore, a crone closely associated with the last signs of frost before the spring. The first 9 days of March are called “Babe” meaning “old ladies” in the Romanian language. This tradition states that every single day from 1st to 9th of March represents one of the wise old ladies moods, some days are nice, warm, full of sunshine, others are clouded rainy days or it can even snow. Depending on how the weather turns on the day you’ve chosen in advance to be your Baba day, it means that if it’s going to be a sunny day you’ll have a wealthy good year or maybe the year will not turn as you would probably wish for if on your Baba day gets to be very windy or worse if we are talking about a rainy or snowy day. This old tradition was used by people to predict how the year is going to turn out for them.

Going back to Old Dochia, the legend has it that the first day of March is the day of the old lady Dochia, an ancient legendary divinity who climbed the mountains with her beloved son, Dragobete wearing 9 coats. In the first day, it started to rain and she took off one coat, the second day she did the same thing as the rain didn’t stop and so she continued by taking off all of her coats ending up tragically frozen and then turned into stone together with her sheep on the very peak of Bucegi Mountains, named strangely enough Babele (‘old ladies’) taking its name from Baba Dochia’s legend. Due to the peculiar shape of the stones on Babele’s peak, the area is considered to be one of Romania’s natural wonders.

Mărțișor is an old tradition celebrated all over Romania every year, on March 1st. The name Mărțișor is actually a diminutive of March, (‘Martie’ in Romanian language), associated with the beginning of spring.

There are many variations of Mărțișor legend, but we’he picked the one we like most ( fair enough!) which goes like this: in a fight with the Winter witch, that didn’t want to give up its place, the beautiful and delicate lady Spring cut her finger and few drops of her blood fall on the snow, which melted. Soon on the very same place grew a snowdrop and with the first flower rising above the snow spring has won the winter.

Ethnologists believe that the Mărțișor celebration has Roman origins, others support the theory that it is an old Dacian tradition. Truth is both Romans and Dacians (the local populations before the Romans conquered the area) were actually celebrating the New Year’s on the first day of March.

Mărțișorarele are small objects that women usually receive on March 1st  from men, as a symbol of their respect and admiration. Initially made just from two twisted threads of wool, one colored red and one white, the small gifts offered as Mărțișor have evolved through time incorporating nowadays a small piece of jewelry or something handcrafted attached to the red-white lace. In the Daco-Romanian folklore the red is said to represent the spring, and the warmth and life, while the white represents the winter and the cold. Some people say that the two colors represent love and honesty. In some areas of the country, men also receive Mărțișorare.

Women wear proudly their Mărțișorare all March, as it is believed to bring strength and health for the year to come. Some women pin one or more “marțișoare” on their blouse, while others just wear a red-white lace on their wrist. At the end of March, the red-white threads are tied to a branch of a fruit tree, said to bring wealth.

Due to its high popularity, the small handmade object adorned with a red and white thread worn in spring across Romania, Bulgaria (where it is known as martenitsa), Moldova and Macedonia, the Mărțișor was included by UNESCO on its intangible cultural heritage of humanity list, which according to the Intergovernmental Committee for the Safeguarding of the Intangible Cultural Heritage is rightfully considered a “forms of expression that testify to the diversity of the intangible heritage and raise awareness of its importance.”

Whether you chose to believe in Babe and you would like to join the Martisor tradition or not, we wish you a warm, sunny and joyful spring in Bucharest and hope to meet you soon at one of our tours. Find out more here. 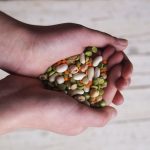 What you need to know about eating vegan while travelling to Romania.