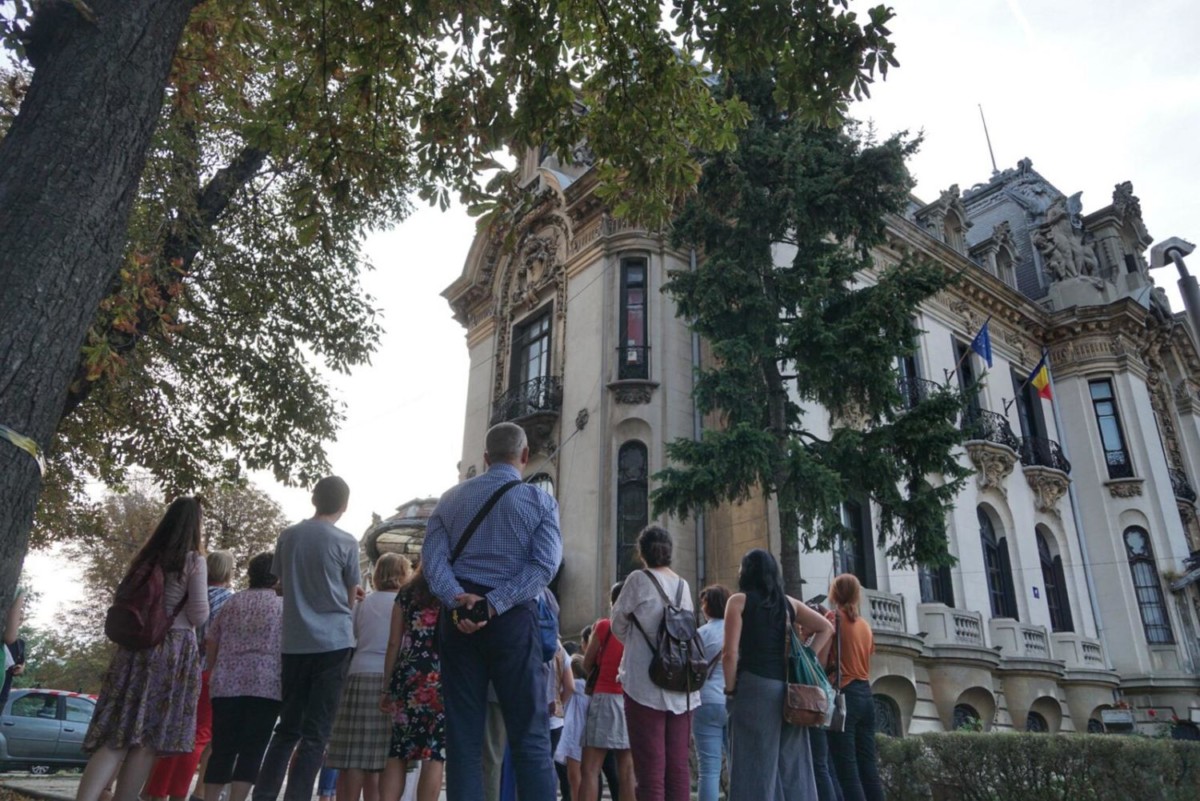 The lovely Andreea from @iarhoinar  has joined us On the footsteps of Enescu tour last Saturday. Find out all about her experiences within this tour and feel free to join us on the very last weekend of FREE guided tours hosted within the Festival is Everywhere range of events dedicated to the George Enescu Festival  2019.

Enescu. George Enescu. What did I know about him before going on the tours organized by Interesting Times and the Nouă ne pasă Association? Well, I knew what I believe each Romanian knew about one of Romania’s most important figures: Oedipus and Rapsodia Romana. And, I shall be a little bit more gentle with myself, I also knew that there was a festival which took place in Bucharest every two years and which was named as the great musician. So, as you can imagine, I was more than thrilled when I found out about the “On the footsteps of Enescu” free tours that would be held during the festival. I knew some of the guides and I was completely sure that I would get a lot of interesting information.

What a better day than Saturday to go and explore slowly Bucharest? And whose better stories than Tudor’s to make me understand a little bit more about Enescu and his life? I saw Tudor presenting the city in another tour that talked about the dark sides of Bucharest. If he kept my attention with those rather spooky stories, I was completely sure he would make me travel back in time and be contemporary with Enescu. Well, I wasn’t the only one who believed that. The group was huge, more than 40 people came to listen to stories and be part of the fairy tale.

At the beginning, we found out about Enescu’s childhood. He was kind of a genius: while other children at the age of three just begin walking or talking, Jurjac (this was the nickname given by his family) is trying to reproduce the sounds he hears played by the instruments of a traditional folkloric band. He got upset with his family when they buy him a small violin as he feels his dream of becoming a composer had not been taken seriously. He throws the violin into fire and gets his peace back when he receives a real violin, used by adults.

As we go forward and we reach The Romanian Athenaeum, Tudor is telling us about Enescu’s musical studies. I had no idea that when he was 7 years old he was already studying at the Vienna Conservatory. When I was seven years old, I was still playing with my dolls… Well, what can we say? That’s why today I’m learning about Enescu and not the other way around… But, wait! His studies will continue to the Conservatoire de Paris. And, even if his dream is to become a great composer, he will also win the first prize at the Violin Contest organized by the prestigious Parisian music school.

I can’t decide myself whether I liked more the stories or the buildings we saw on Calea Victoriei. The Romanian Athenaeum is a wonderful jewel for which even the locals gathered money to be built (“Donate one leu for the Ateneu!”). And it is said to have the second best acoustic in the world, being surpassed only by La Scala Theatre of Milan. Stirbey Palace, a great neoclassical building, still resists despite the negligence of the Romanian authorities at the beginning and of the landlord nowadays. And to think that this was actually one of the right places to be in Bucharest in the period between the two World Wars for its balls, its parties and for the important people who joined them.

Tudor also told us about the relationship between Enescu and the Royal Family. Carmen Sylva (Queen Elisabeth) was the one who sponsored Enescu’s studies and concerts. And, of course, he would play his violin quite often in Sinaia, at Peleș Castle, for the Royal Family. But he also had concerts to raise money for the soldiers who were fighting in the War. And, of course, he would allow people to join his rehearsals. There are stories saying that people were also staying on the sidewalk in front of Cantacuzino Palace and listening to Enescu playing his violin or piano.

Talking about his personal life, Jurjac had quite an interesting love story with Maruca Cantacuzino, one of the Queen Mary’s court ladies. Maruca was married to prince Cantacuzino and, after the death of her husband, she felt madly in love with the philosopher Nae Ionescu. Seeing that his love is not corresponded, Enescu concentrates on his concerts abroad the country. Nevertheless, when finding out about Maruca’s suicidal attempt, he cancels all his plans and flies back home to stand by the love of his life. They got married but they never lived in Cantacuzino Palace as we’d have expected. They lived in the little house behind the palace which used to be the place for the servants.

Enescu remains very modest, despite his glory and fame. He makes sure that all he knows will go further to the new generations by teaching lots of young musicians around the world: at Harward, at Conservatoire Américain (Fontainbleau), at Accademia Musicale Chigiana (Siena), at Illinois University (USA).

There’s no wonder then that Enescu Festival is the most important event in the European Union in the year it takes place. Nor that the contest, that takes place in the year when the Festival is not. Both events bring together some of the best musicians in the world, here in our beloved country.

The tour was over after 3 hours of walking on the footsteps of Enescu. Even so, I saw how the other people in the group just didn’t want to go home. They remained in the Cantacuzino Palace’s courtyard and tried to make sure that they would remember each detail Tudor gave us. What a Saturday evening… such an areal of emotions, history, unknown details. And it brought all of us a little bit closer to Bucharest’s greatest times and personalities. 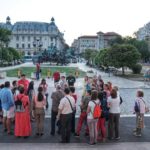 Romanians celebrate their own Halloween for Saint Andrew’s Day