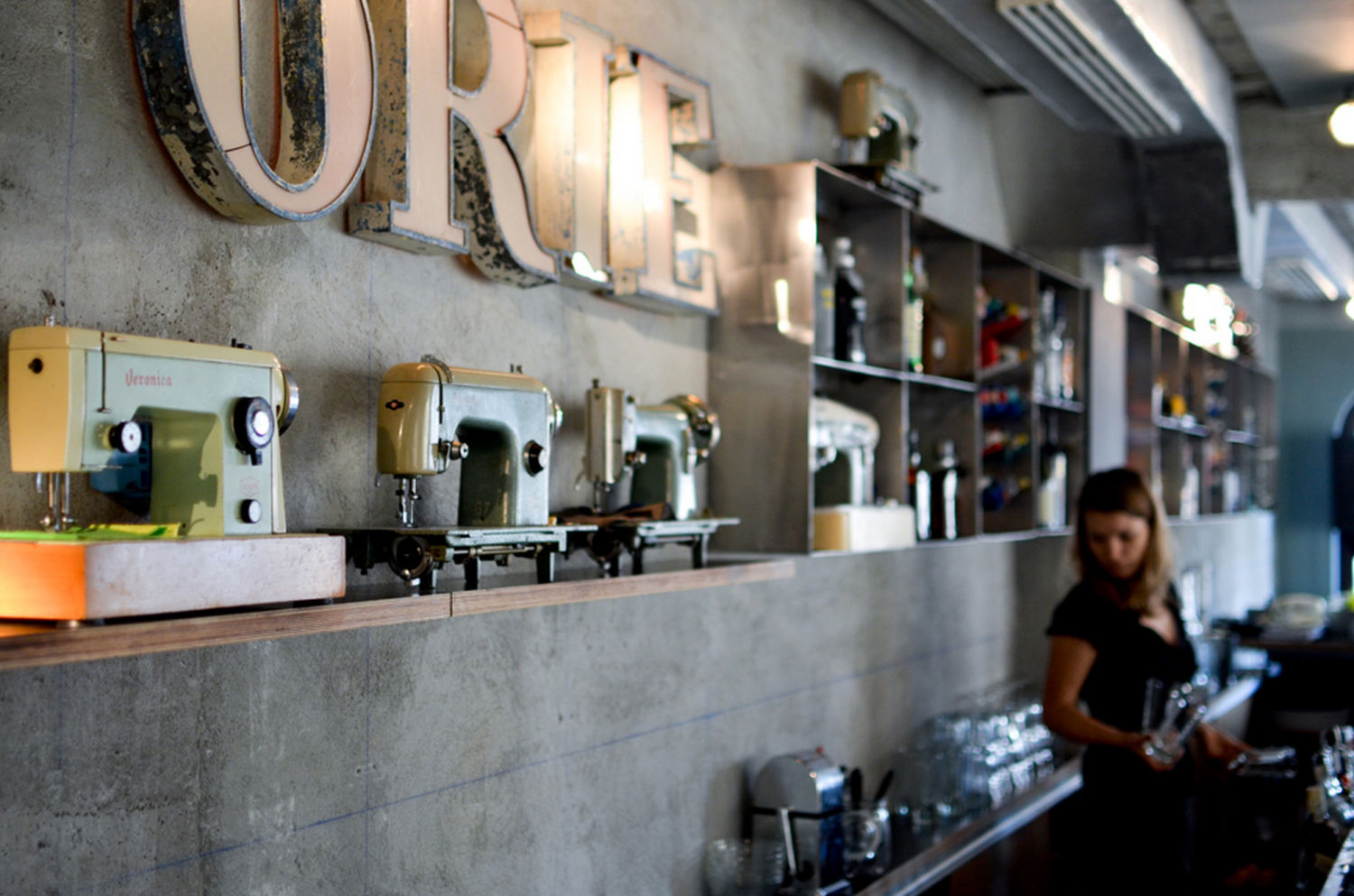 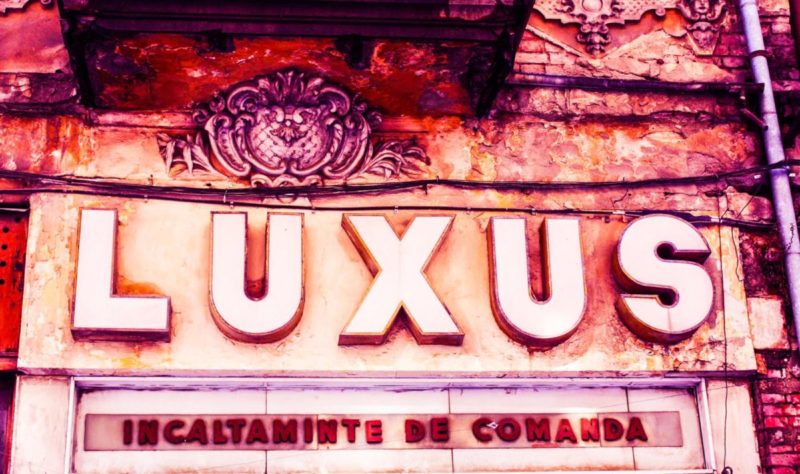 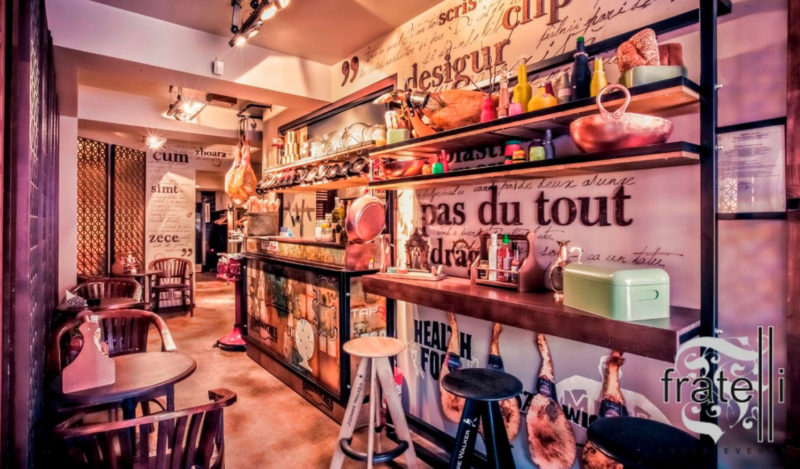 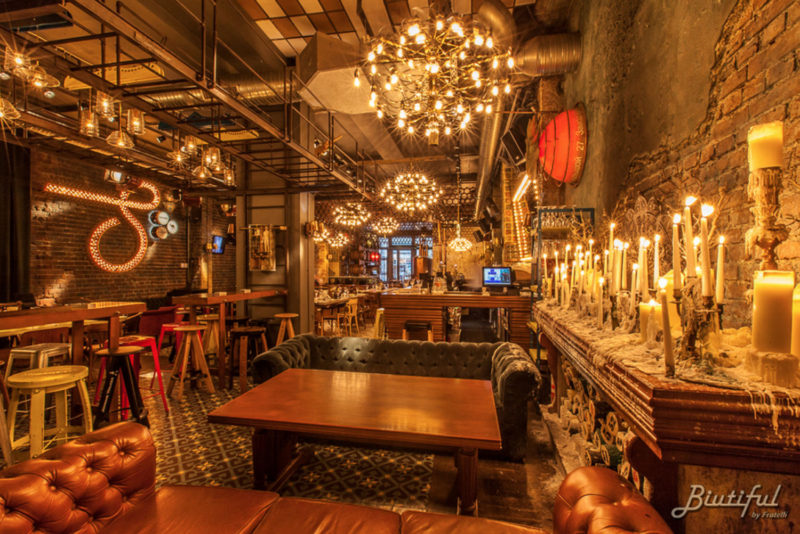 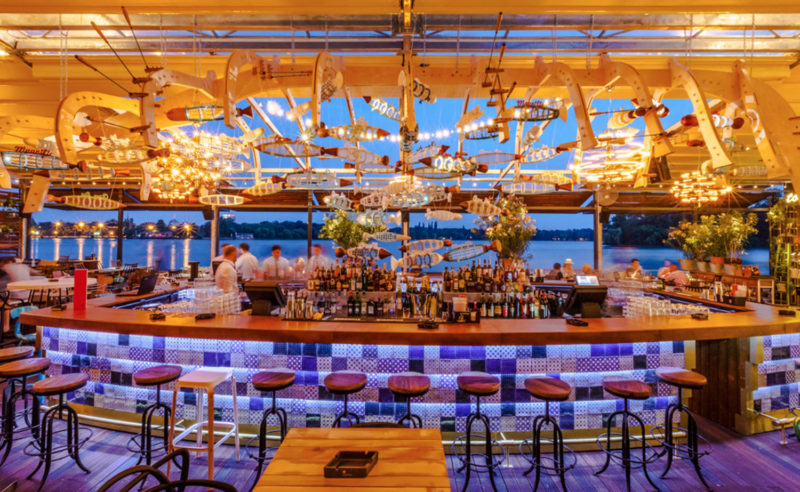 The following article was syndicated from Citinerary for Interesting Times Bureau. Published by Ioana.

This is a story about the incredible evolution in design of Bucharest’s bars, pubs and restaurants.

This lovely, eclectic city has been going through a continuous process of transformation. This is just a snapshot of how this city’s identity is being built through interior design.

If during communist Bucharest restaurants, bars and pubs had exactly the same (or rather a lack of) interior design, post-communist Bucharest was invaded by a wave of kitsch. The stiff and formal atmosphere, with square wooden tables and massive chairs, white table cloths, pompous curtains and mirrors everywhere were replaced by green, plastic chairs, the shiniest type of aluminium, and by Coca-Cola and Pepsi, who had just entered this fragile, newly opened market, and who were branding all the places in town.

The new millenium brought other trends, which unfortunately still persist today. The green, plastic chairs were replaced by huge wicker chairs, which I believe reduced the capacity of bars, restaurants and pubs to less than half. This show-off attitude is unfortunately somehow genetic for us Bucharesters, so, massive, square tables harmoniously accompanied the large maze of chairs, big enough to accommodate our multiple sets of keys, our mobile phones, and any other personal items we sometimes unfortunately believe to be necessary for the entire world to see.

The city center in transition

A bit more than ten years ago, the old center of Bucharest was rather geographical than anything else. The once beautiful buildings that had defined Bucharest as ‘the Little Paris of the East’ were falling apart, and the main attractions of the area were Caru’ Cu Bere, a wonderful restaurant (which I strongly advise you to visit if you are in Bucharest), an art shop and Club A, a club that was the secret location for rock lovers in communist times (which is still running and is one of the cheapest clubs in town- give it a shot!).

It only took a couple of brave initiatives to turn this deserted place into the most crowded area of the city, still in constant transition and development. Slowly, bars, restaurants and pubs sprung up like mushrooms after the rain. The facades of the buildings were slowly recovered, and those massive, wicker chairs filled the once empty streets. Of course, each of us had our special place, whether it had to do with the cheap homemade sangria, or with the fact that you could always find a free large table for your group of friends every Saturday night (wink to my friends).

A changing mindset and a better quality of life

There was one problem with this incredible evolution – all those places looked the same, impersonal, with the same furniture, the same prices, the same unfriendly attitude of the staff, the same 330ml Italian beer sold for double the price of a good Romanian pint. I guess it had something to do with the indecisiveness of Bucharesters about whether life was good or not during communist times, about whether life was not getting too overcomplicated now, with so many options on the menu.

And guess what? The Bucharester, who was by now an avid traveler, discovering the standards of the Western world, was no longer satisfied by sitting in the same big chair, listening to the same repetitive, loud music. That Bucharester didn’t need 30cm of arm resting space or overpriced Italian beer. That Bucharester was by now appreciating good design and quality, and in fact was looking for a concept, for customized cocktails and delicious burgers.

Slowly, having a concept and an original design was in the focus of a large majority of bar and restaurant owners. At this point, as selection would be done through a personality-place fit criterion, Bucharesters were happy. Of course, slowly, the number of large wicker chairs has been reduced, and those bars, pubs and restaurants that had once sprung up like mushrooms after the rain were closing down at a similar pace, leaving behind only those that had a strong selling point.

Gradually, Bucharest started to ressemble Western cities more and more, while keeping its own, unique, eclectic, quirks. Corvin Cristian and Mihai Popescu are the two architectural-leaders of this movement, and their work is spread all over the city.

The typography that used to brand little shops with goods and services during communist times became the centerpiece of interior design. Industrial inspired interior design, (with unfinished walls, typography and beautifully carved wood) was often mixed with elements of our eclectic identity. The latter carries the signature of architect Corvin Cristian, whose work I strongly advise you to check out. For him, the history of the place, and its evolution throughout the years is what matters most.

On the other side, Mihai Popescu (Twins Studio) focuses on the more upmarket side of the city. Dim lights, simple colour swatches, melted candles in wine bottles and white, carved wood lamps are Mihai’s traces around the city. A New York inspired, elegant, yet eclectic design is what characterises his work. In fact, Mihai and his brother Liviu, are the owners of the award-winning club Fratelli and Biutiful pub (where they serve my favourite burgers and my favourite dark beer, Ursus).

Dear Westerner, I hope you enjoyed my story, and hopefully, soon, you’ll come and discover the beauty of my city – our team is more than happy to welcome you! 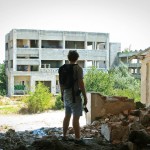 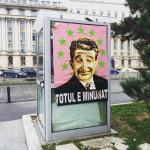